Since the work of E. Wigner in the fifties of the last century, large random matrices have been studied intensively in various branches of Mathematics and Physics such as high dimensional probability and statistics, operator algebras, number theory, particles physics, quantum chaos among others.

These matrices were introduced at the end of the nineties in electrical engineering in the field of digital communications. Their use in statistical signal processing is even more recent (2005). The goal of this summer school is to show how some fundamental statistical signal processing techniques and machine learning algorithms can be better understood and revisited in situations in which a (large) M dimensional multivariate time series is observed on a temporal window N of the same order of magnitude than M.

The accent will be put on array processing, robust estimation, and community detection on graphs using tools from large random matrix theory. 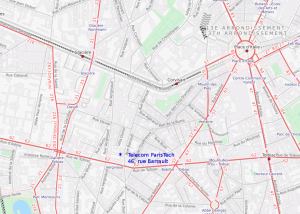